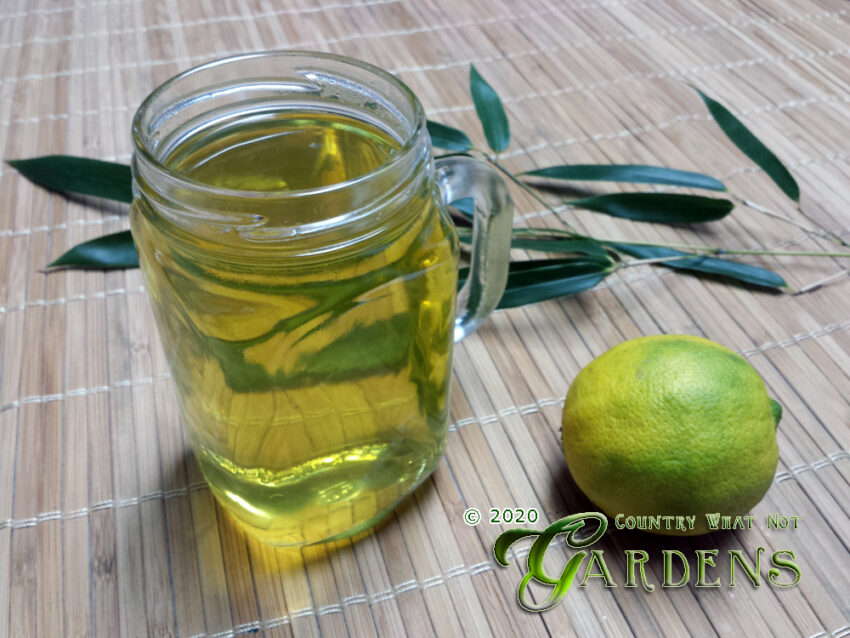 Bamboo leaf tea has been consumed in China and India for centuries. It’s said at least since the Ming Dynasty (1368-1644 A.D.) in China.

Bamboo is well known for it’s benefits for hair, skin, and nails. This is due to the silica content in the leaves.

Horsetail, or Equisetum, is the plant most often used in hair, skin, and nail supplements. The active ingredient again being silica.

To make bamboo tea bring 8 oz of pure water to a boil in a sauce pan with a lid.

Reduce the heat to a simmer. Once the heat is reduced to just less than boiling, add 1 tsp of dried bamboo leaves wrapped in cheese cloth. If you’re using fresh leaves use two to three times that amount. Never boil your tea leaves.

Allow the leaves to steep with the lid on for about 5 minutes or until the tea is as rich as you prefer. After which time remove the leaves in their cloth and allow the tea to cool to a safe temperature before drinking or serving.

You may add lemon, lime, honey, or stevia to taste.

Drinking two to three cups daily for a couple months can begin to show results in improved hair, skin, and nails.